The scoring system in this Lawn Bowling varies from tournament to tournament. If it is a singles game, a target number of shots are there for the players and that target is normally 21 or 25. For a team, there is a higher score after a specified number of ends. 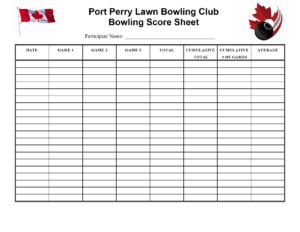 If a draw has occurred, then the opponents may be required to play an extra shot to decide the winner because in the lawn bowl games, the games may be drawn to a specified number of ends. In lawn bowling singles game, the first player to score 21 shots is the winner.

In pairs, doubles or triples the team is declared a winner who after 21/25 ends of play has scored the most shots. A set scoring system is often used in some competitions where the first to seven points are awarded in a best-of-five or in a best-of-three set match.

In the singles competition, a team may consist of two or three or four players. In this situation, teams bowl alternately. If there are four players in a team, then each player within a team will bowl all their bowls then hand it over to the next player. The captain of the team is called the . The captain always plays last.

The current method of scoring in a professional tourney is sets. Each set is of nine ends and the competitor or the bowler with the most shots wins the set.